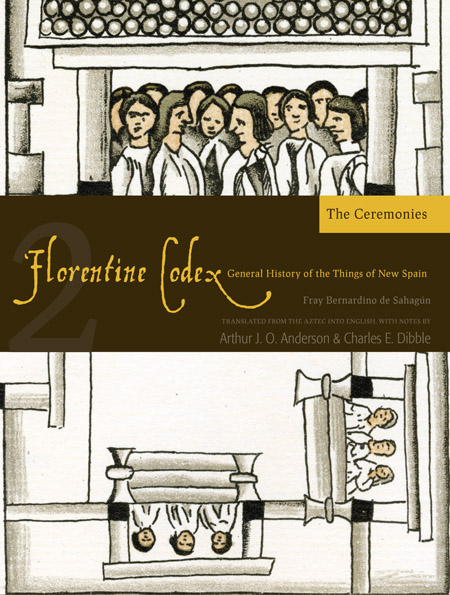 Book Two gives comprehensive accounts of the religious ceremonies and days of feasting during the time of the Aztecs, including prayers, songs, and the duties and roles of Aztecs inside the temples during the ceremonies. This book also details the various tributes and sacrifices given to specific gods.

Appendix to the Second Book

Here is described the feast which was observed every eight years

Here are told, in very truth, the offerings which they made, with which they paid honor to the devil

A declaration of the training or the labors which were done in the temples, in the devils' houses

A declaration of how the devils were prayed to, and how oaths were made

Here is told what the songs of the devils were, with which they paid honor to them within their temples and indeed without

An account of how the women served there in the temples