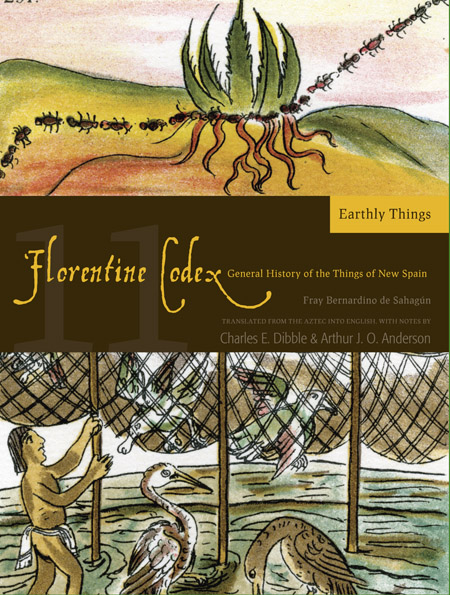 Book Eleven is a beautifully written and careful documentation of all of the animals and plants known to the Aztecs in the sixteenth century. As the volume with the most illustrations, Earthly Things allows the reader to look at the natural world through the eyes of the Aztec.

1. Telleth of the four-footed animals

2. Telleth of all the different kinds of birds

3. Telleth of all the animals which dwell in the water

4. Telleth of still other animals which live in the water: the edible ones

5. Telleth of the various serpents, and of still other creatures which live on the ground

7. Telleth of all the different herbs

8. Telleth of all the precious stones

9. Telleth of all the metals which are in the earth

10. Telleth of the really fine stones

11. Telleth of all the different colors

13. Telleth of all the kinds of sustenance