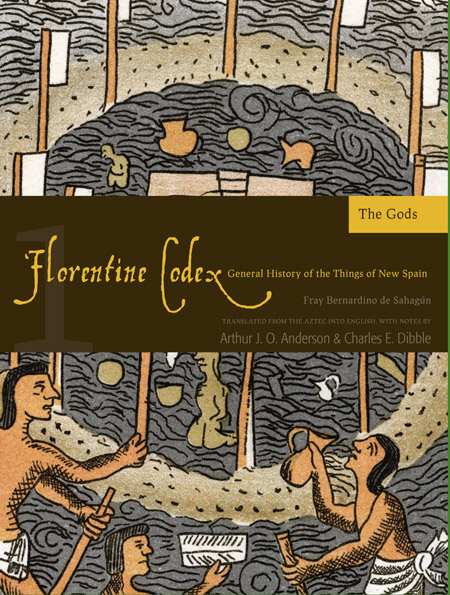 Book One describes in detail the gods of the Aztec people, including Uitzilopochtli, Tlatoc, and Quetzalcoatl. This colorful and clear translation brings to life characteristics of each god, describing such items as clothing or adornment worn by individual gods, as well as specific personality traits.

Appendix to the First Book
Prologue
The Declaration of God's Word [Book of Wisdom, Chapter XIII]
Fourteenth Chapter
Chapter Twelve
Chapter Fifteen
Chapter Sixteen
[Confutation of Idolatry]
Let him who readeth this understand it well
Behold the words of sorrow, the words of pity, which [the author] hath set on paper
how he crieth out greatly. He prayeth to God
he sayeth

Addenda (from Real Palacio MS]
I. Amimitl and Atlaua
II. Chapter 24. They also considered the sun to be a very important god