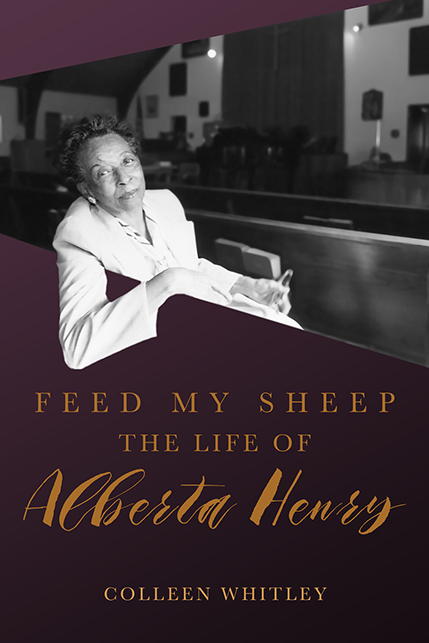 Alberta Henry (1920–2005) was born in a sharecropper’s shack in segregated Louisiana before moving with her family to Kansas where she grew up in a climate of hardship and hostile racial bigotry that forced second-class citizenship on African Americans.

Henry endured intolerance by leaning on her faith and her commitment to a cause that she believed God had called her to follow. When she came to Utah in 1949 she thought it would be a brief stay, but she ended up making it her home for more than fifty years. In Utah, Henry committed herself to helping all races, religions, and ethnic groups coexist in appreciation of each other. While Martin Luther King Jr., Medgar Evers, and Malcolm X led the struggle for civil rights at a national level, Alberta Henry campaigned tirelessly for equality at a local level, talking at school board meetings, before city councils, and in the homes of her neighbors.

Henry was a member or officer of more than forty civic organizations and served for twelve years as president of the Salt Lake City branch of the NAACP, where she lobbied for civil rights, education, and justice. The dozens of awards and commendations she received speak to her accomplishments. While much of Henry’s story is told in her own words, Colleen Whitley provides expert and personal context to her speeches, writing, and interviews. The result is an exceptional first-person account of an African American woman leader and her role in the Civil Rights Movement in Utah.
Colleen Whitley has published numerous articles, poems, and reviews, and is author or editor of five books, including Worth Their Salt: Notable but Often Unnoted Women of Utah and Worth Their Salt, Too: More Notable but Often Unnoted Women of Utah. She retired in 2006 after teaching for twenty years at Brigham Young University.
Table of Contents:
Introduction
1. Up from the Floor
2. Moving On Up
3. A Wider World
4. A Short Visit to Utah
5. Building a Firm Foundation
6. The Salt Lake School District
7. The NAACP: Fighting the Good Fight
8. One Last Great Battle
9. Retirement—Sort Of
Epilogue

Appendix A: Timeline of Alberta Hill Henry’s Life, Affiliations, and Honors
Appendix B: A Sampling of Students Assisted by the Alberta Henry Education Foundation
Appendix C: An Act in Relation to Service
Notes
Bibliography
Praise and Reviews:
“Feed My Sheep: The Life of Alberta Henry is a slender book that illuminates the life of an important Utah civil rights activist. The combination of oral history and more traditional biographical-style narrative offers a complex depiction of a strong black woman coming of age during WWII and then moving to Utah to improve her health and find her way in the world. An important, exciting, and necessary story.”
—Leslie G. Kelen, executive director of the Center for Documentary Expression and Art and coauthor of Missing Stories: An Oral History of Ethnic and Minority Groups in Utah