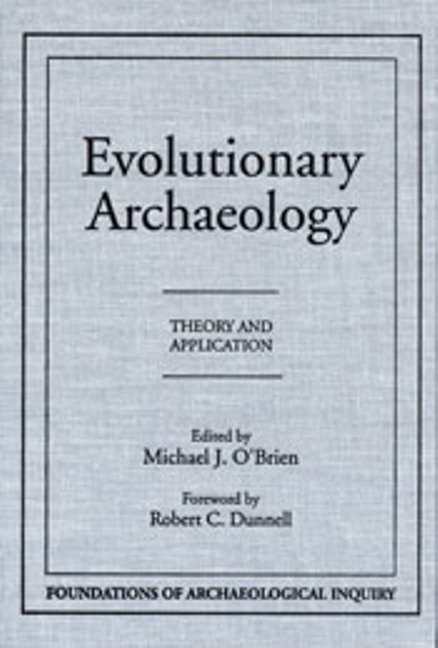 The application of Darwinian theory to archaeological phenomena has always been a difficult concept. In its most modern form, this approach has only gained currency since the 1980s. Perhaps the greatest hurdle to incorporating scientific evolutionism into archaeology is the necessary development of more than a rudimentary understanding of Darwinian evolution itself. Failure to recognize the conflict of anthropological terms such as "adaptation" and "fitness" with standard biological usage is fatal to any attempt to apply scientific evolutionism to the material record. Even more problematic are the outdated notions that human culture has allowed us to escape the effects of selection, that culture evolves, and that it does so in a progressive manner.

This volume assembles what might be considered the benchmark articles in evolutionary archaeology — articles that show how to apply scientific evolutionism to the study of variation in the archaeological record. It delineates an approach to the past in which artifacts are viewed as parts of human phenotypes and thus are subject to selection in the same manner as any somatic feature.

Evolutionary Archaeology: Theory and Application is aimed at archaeologists who want to understand the basics of evolutionary archaeology and who wish to do so from the beginning.

Michael J. O’Brien is professor of anthropology and associate dean of the College of Arts and Sciences at the University of Missouri, Columbia.