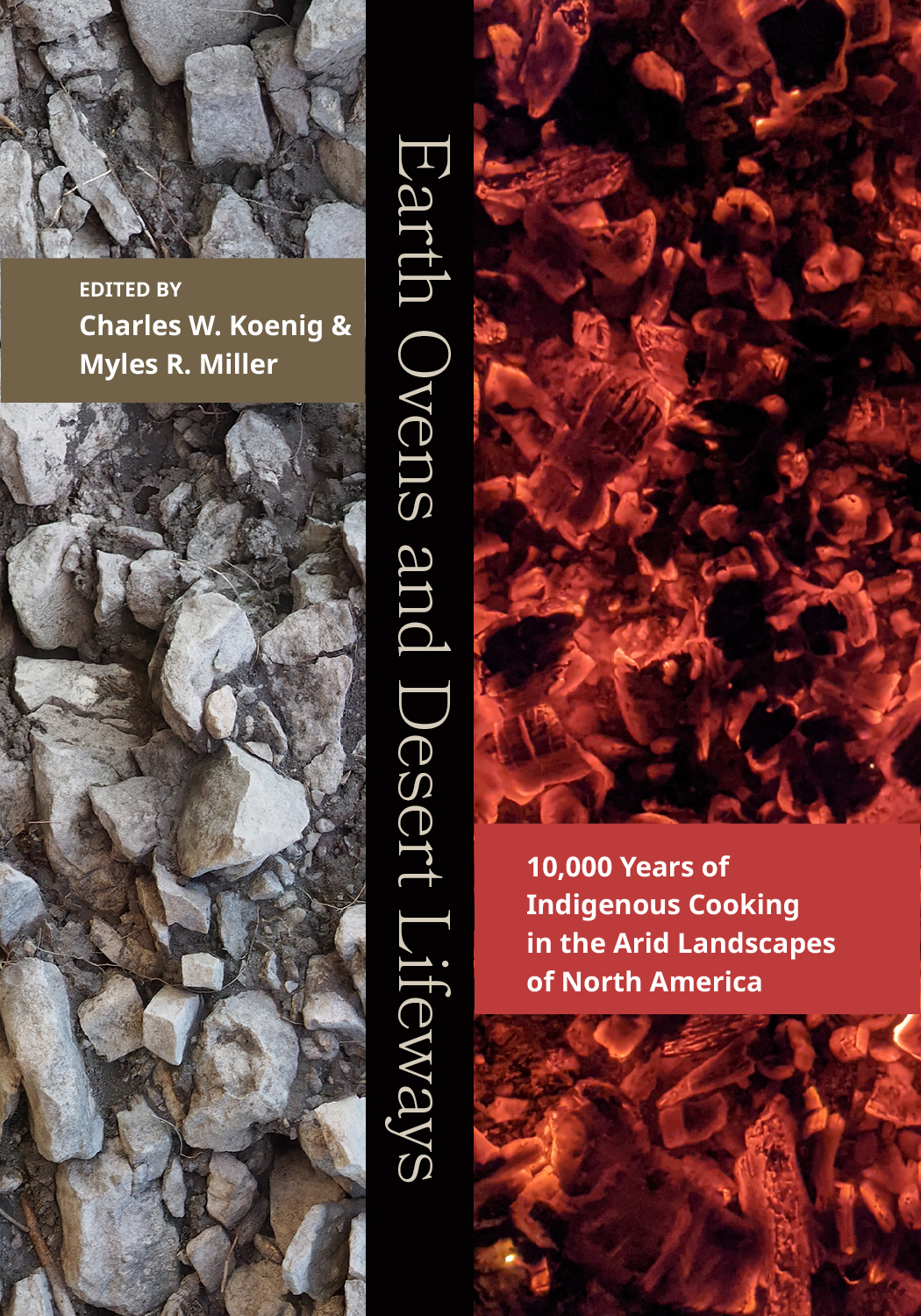 For over 10,000 years, earth ovens (semi-subterranean, layered arrangements of heated rocks, packing material, and food stuffs capped by earth) have played important economic and social roles for Indigenous peoples living across the arid landscapes of North America. From hunter-gatherers to formative horticulturalists, sedentary farmers, and contemporary Indigenous groups, earth ovens were used to convert inedible plants into digestible food, fiber, and beverages. The remains of earth ovens range from tight, circular clusters of burned rocks, generally labeled “hearths” by archaeologists, to the massive accumulations of fire-cracked rock referred to as earth oven facilities, roasting pits, or burned rock middens. All such features are common across the arid and semi-arid landscapes that stretch from Texas to California and south into Mexico. Despite the long-term ubiquity and broad spatial and cultural distribution of earth ovens from late Paleoindian times until today, these features have earned relatively little attention in the way of directed archaeological research, and remain an under-studied aspect of Indigenous lifeways.

This edited volume explores the longevity and diversity of earth oven baking and examines the subsistence strategies, technological organization, and social contexts within which earth ovens functioned. It serves as the first compilation of these studies from such a broad geographic area, reflecting an array of promising research that highlights ongoing efforts to understand the archaeological record of earth ovens.

“This timely and much-needed collection of articles about hot-rock cooking adds dimension and richness to our understanding of the significance of this technique to landscape use, diet, technological systems, social organization, and traditional cultural values.”
—Pei-Lin Yu, Boise State University