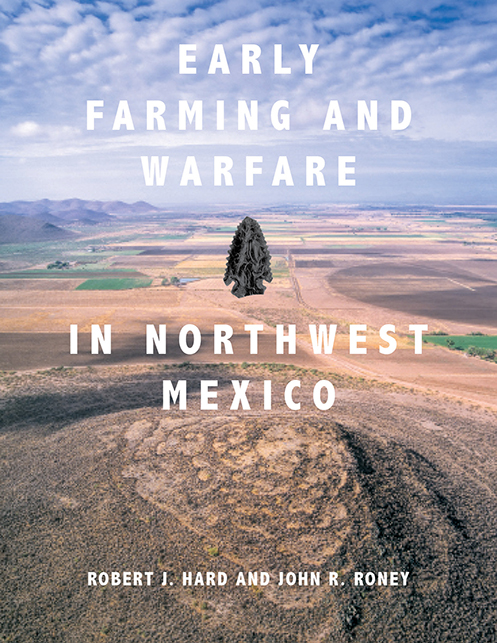 This volume presents the multiyear archaeological investigations of Cerro Juanaqueña and related sites in northwestern Chihuahua, Mexico. These remarkable terraced hilltop settlements represent a series of watershed developments, including substantial dependence on agriculture and early experiments with village living, fortified settlements, collective labor, and communal architecture. Part of a larger, regional development, they parallel changes in northern Sonora and southern Arizona. The emergence of large fortified agricultural villages at 1300 BC—before the use of ceramics—was an unexpected discovery that changed how archaeologists view early agriculture in this region.

The authors place their work in a regional and theoretical context, providing detailed analyses of radiocarbon dates, structures, features, and artifacts. Authors Hard and Roney, and their contributors, present innovative analyses of plant and animal remains, ground stone, chipped stone, and landscape evolution. Through comparisons with a global cross-cultural probe of hilltop sites and a detailed examination of the features and artifacts of Cerro Juanaqueña, Hard and Roney argue that these cerros de trincheras sites are the earliest fortified defensive sites in the region. Readers with interests in ancient agriculture, warfare, village formation, and material culture will find this to be a foundational volume.

Click here for a link to the supplementary electronic appendices.

Robert J. Hard is professor of anthropology at the University of Texas at San Antonio.

“This volume is based on careful, detailed, and long-term study at one of the most important archaeological sites in northwest Mexico and the southwest United States. It will re-enforce a fundamentally new understanding of the emergence of village lifeways and the emergence of farming economies in the Southwest/Northwest and will have an important and continuing impact on Early Agricultural period studies.”
—Paul R. Fish, curator emeritus, Arizona State Museum, and professor emeritus, School of Anthropology, Arizona State University

“Early Farming and Warfare belongs on the shelves of every archaeologist interested in the region’s early agricultural communities and is a must-read for anyone interested in Northwest Mexican archaeology in general.”
—Latin American Antiquity

“This book makes a substantial contribution to understanding population aggregation and large-scale construction projects in early agricultural villages in the North American Southwest. Early Farming and Warfare in Northwest Mexico is essential reading for archaeologists of the southwestern United States, paleo ethnobotanists, and those interested in the origins and spread of farming in North America.”
—Human Ecology