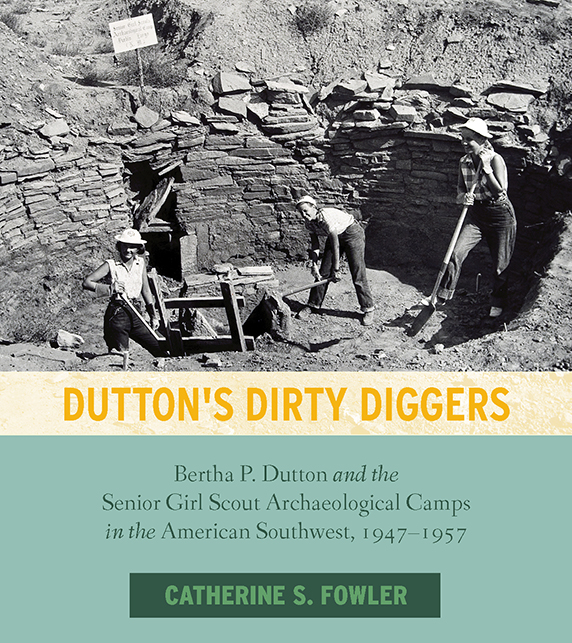 Catherine Fowler chronicles a significant yet little-known program for Girl Scouts in post–WWII America. At a time when women were just beginning to enter fields traditionally dominated by men, these two-week camping caravans and archaeological excavations introduced teenage girls not only to the rich cultural and scientific heritage of the American Southwest but to new career possibilities. Dr. Bertha Dutton, curator at the Museum of New Mexico, served as trip leader.

While on the road and in camp, Dutton and other experts in anthropology, archaeology, geology, natural history, and more helped the campers appreciate what they were seeing and learning. This book details the history of the program, sharing trip itineraries and selected memories from the nearly three hundred girls who attended the camps. It also serves as a mini-biography and tribute to Bertha Dutton, who, through her knowledge, teaching, and strong persona, provided a role model for these young women, many of whom later pursued careers in anthropology and related fields.

“A highly readable account. This work shines a much-needed light on an innovative yet largely forgotten program that helped shape the Girl Scouts’ older-girl program for thirty years.”
—Ann Robertson, chair, Archives and History Committee of the Girl Scout Council

“Nicely balanced between scholarly referencing and writing for a more general audience. The volume is a social history of the Girl Scouts Seniors who participated in Dutton’s decade-long Southwest projects. It brings out the long-underappreciated research and outreach contributions of a prominent female archaeologist.”
—Barbara Mills, regents professor, School of Anthropology, University of Arizona

“Fowler brings a full choir to Dutton’s many achievements.… The book is a delightful read, and I recommend it highly, especially to those interested in anthropology, archaeology, history, Girl Scout programs, and women’s studies.”
—Journal of the Iowa Archeological Society