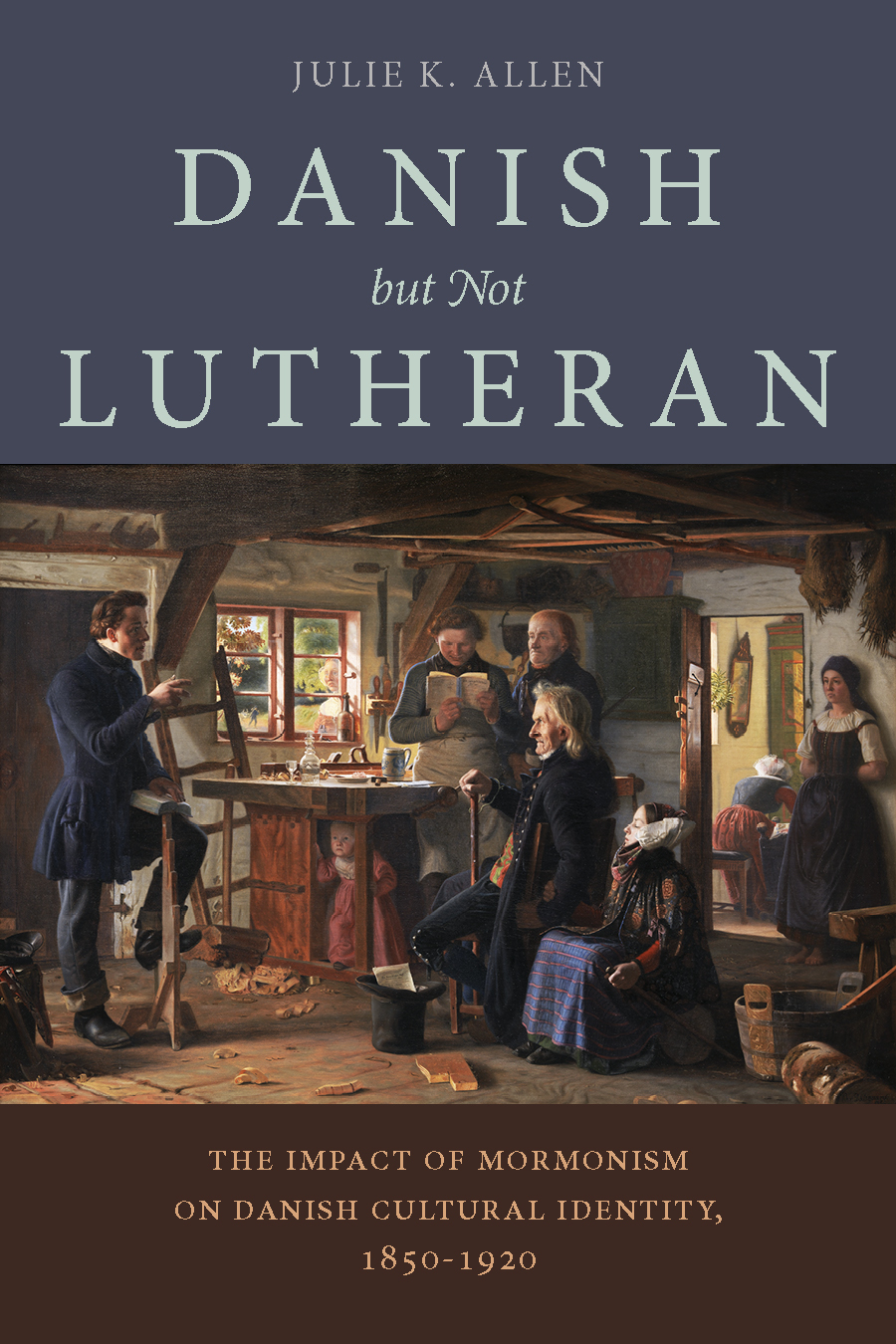 The Danish-Mormon migration to Utah in the nineteenth century was, relative to population size, one of the largest European religious out-migrations in history. Hundreds of thousands of Americans can trace their ancestry to Danish Mormons, but few know about the social and cultural ramifications of their ancestors’ conversion to Mormonism. This book tells that exciting and complex story for the first time.

In 1849, after nearly a thousand years of state- controlled religion, Denmark’s first democratic constitution granted religious freedom. One year later, the arrival of three Mormon missionaries in Denmark and their rapid success at winning converts to their faith caused a crisis in Danish society over the existential question: "How could someone be Danish but not Lutheran?" Over the next half-century nearly thirty thousand Danes joined the LDS Church, more than eighteen thousand of whom emigrated to join their fellow Mormons  in Utah. This volume explores the range of Danish public reactions to Mormonism over a seventy-year period—from theological concerns articulated by Søren and Peter Christian Kierkegaard in the 1850s to fear-mongering about polygamy and white slavery in silent films of the 1910s and 1920s—and looks at the personal histories of converts.

Julie K. Allen was the Paul and Renate Madsen Professor of Danish in the Scandinavian Studies Department at the University of Wisconsin-Madison before recently becoming a professor of comparative literature at Brigham Young University.

“The author makes historical figures and their ideas resonate with clarity, despite the complexity of their thought.”
—Jennifer L. Lund, director of the Historic Sites Division of the Church History Department of the Church of Jesus Christ of Latter-day Saints

“A significant contribution of interest to those studying emigration/ immigration and the retention of cultural identity and to those studying religious history generally.”
—Bruce H. Kirmmse, Søren Kierkegaard Research Centre at the University of Copenhagen

“In this significant and engaging study, Allen draws on a rich store of Danish and Danish-American texts, written and visual, from all levels of society and from public and private spheres. Throughout, she demonstrates the relevance of these historical voices and images to 21st century concerns about the disruptions—occasioned by migration, the intersections of religion and culture, and the possibility of cultural harmony.”
—Jennifer Eastman Attebery, author of Up in the Rocky Mountains: Writing the Swedish Immigrant Experience

“Allen's prose is clear, her arguments interesting, and her work is both responsibly and carefully researched. The volume is well produced and designed, with a number of photographs, notes, and bibliography. The work here holds value beyond the scope of those interested in either Danish or Mormon history. The book participates in the broader discussion surrounding cultural identity, a topic very relevant to present debates over immigration, difference, and identity.”—Association for Mormon Letters

“A fine work of scholarship produced by Julie Allen. Her book exhibits the kind of sociocultural analysis that the study of Mormonism and Mormon history can look up to. To analyze new religious movements as elements of their various host cultures in this manner offers an abundance of uncharted avenues for study and new understanding.” —Juvenile Instructor

“A thoughtful and well-argued study that should appeal to both the general reader and specialist who is concerned with the struggle of negotiating one’s identity within the denominational and transnational contexts. Allen’s effective use of primary sources provides the basis for groundbreaking perspectives on the intimate lives of Danish Mormons, and by using their eyes, seamlessly explores the broader themes of immigration, poverty, religion, and identity during the mid-to-late nineteenth century and early twentieth century.”
—The Journal of Mormon History