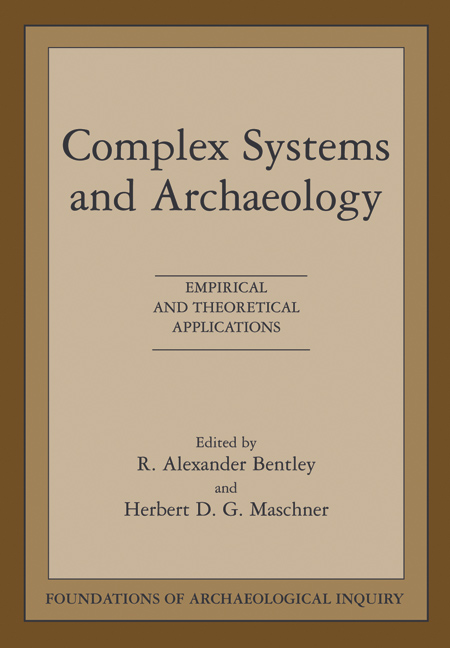 Complexity science transects many fields ranging from physics to economics to biology. Its focus is the study of systems of interacting factors, which has lately been extended to include behavior in human societies. In prehistoric societies, whether these agents are defined at the scale of individuals, groups, households, or villages all agents are connected in such a way that change in the actions of one affects many others.

Complex Systems and Archaeology presents a useful introduction to complexity theory followed by a series of case studies in which human societies and environments are viewed as open systems into and out of which matter or energy can flow. Examples of such systems include the introduction of new crops, the creation of new artifacts, or the flux of products in a market.

This volume will have important implications for how archaeologists understand the dynamics of culture change and how they think about chronological stages, unique events, and the role of human agents.

R. Alexander Bentley is a postdoctoral fellow and lecturer at the Centre for Evolutionary Analysis of Cultural Behavior at University College and a reader in the Department of Anthropology at Durham University.