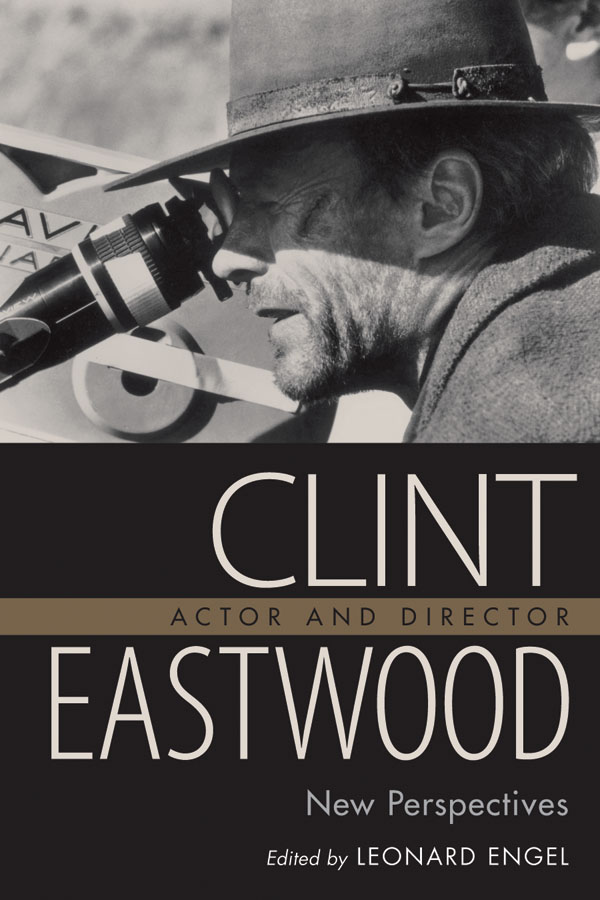 In his recent films — Unforgiven, Mystic River, and Million Dollar Baby — Clint Eastwood has revealed himself as a greater figure than moviegoers had imagined him to be. While he has been an exceptionally successful actor, creating iconic characters in two genres, Western and detective films, as a director, his recent films have reached a surprising power, depth, and maturity.
The contributors to this volume revisit and examine his career as an actor and director, and are part of a growing critical evaluation of Eastwood's films. A common thread, however, is their respect for his cinematic storytelling. They examine how he put his individual stamp on particular genres, while extending and enriching our understanding of his achievements.
Leonard Engel is chair of the English Department at Quinnipiac University. He is the author of The Big Empty: Essays on the Land as Narrative and Sam Peckinpah’s West: New Perspectives (University of Utah Press, 2003).
Praise and Reviews:

"This volume of essays, relying upon film theory but accessible to the general reader, provides a fascinating lens through which to view Eastwood's career and contributions to the Western film genre."—Western Historical Quarterly

"A strong, engaging collection of critical essays by writers trying to say something new about one of this country's most filmmakers. For my money, they have succeeded."—Southwestern American Literature