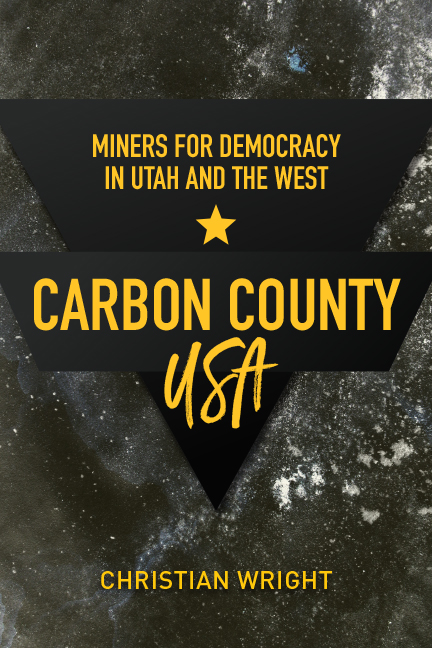 Although unions are by no means entirely gone or lacking in lobbying power, their membership in traditional industries is on the decline and their influence continues to diminish. Only a generation ago, large unions such as the United Mine Workers of America held greater political and economic capital and inspired millions beyond their immediate ranks. In this book, Christian Wright explores the complex history of the UMWA and coal mining in the West over a fifty-year period of the twentieth century, concentrating on the coal miners of Carbon and Emery counties in Utah. Wright emphasizes their experience during the 1970s, which saw the rise and passing of American workers’ most successful postwar effort to internally reform a major labor organization: the Miners for Democracy movement. As Wright details how and why Miners for Democracy and nonunion mining raced to control coal’s future, he also touches on the UMWA’s regional origins during and immediately after the New Deal, when cracks in union efficacy and benefit programs began to appear. Using sophisticated demography, Wright not only details how miners’ racial, gender, and generational identities shaped their changing relationships to mining and organized labor, he also illustrates the place of nonunion miners, antiunion employers, the unemployed, ethnic minorities, and women in transforming “Carbon County, USA.”

Drawing on a variety of primary sources, Wright provides evidence for organized labor’s continuing significance and value while effectively illuminating its mounting frustrations during a relatively recent chapter in the history of Utah and the United States.

Christian Wright is an environmental and labor historian in Moab. He is a member of the Utah State Historical Society, the Western History Association, and Grand Canyon River Guides.
Table of Contents:
Preface
Acknowledgments
Abbreviations
Prologue: Deer Creek
Introduction
PART I
1. The UMWA at High Tide
2. Twilight of the New Deal
3. Collapse
PART II
4. Prophets
5. Carbon County, USA
6. Hell or High Water
PART III
7. El Movimiento
8. A Quiet Revolution
9. Unbridled
Epilogue
Appendix A: Chronology
Appendix B: Locals of District 22 Locals, ca. 1983
Appendix C: Historic UMWA Locals in Utah
Abbreviations Used in the Bibliography and Notes
Bibliography
Notes
Index
Praise and Reviews:
“The author tells the story of the challenges faced by the United Mine Workers of America after a half-century struggle to establish the union in Utah. It is a story that is important to the state, the West, and the nation. This work is a valuable case study of the stability and vulnerability of an institution that, since its founding in 1890, has been an essential force in the emergence of modern America, but whose relevance is now in question.”
—Allan Kent Powell, author of The Next Time We Strike: Labor in the Eastern Utah Coal Fields and editor emeritus of the Utah Historical Quarterly

“In this lively analysis, Christian Wright illuminates one facet of today’s political preoccupation with the fate of America’s coal miners. He explores the disintegration of industrial democracy within Utah coal in the mid- to late-twentieth century, revealing how reform spearheaded by Miners for Democracy within the UMWA faltered within an era of social and technological change.”
—Nancy Taniguchi, author of Dirty Deeds: Land, Violence, and the 1856 San Francisco Vigilance Committee

“Coal County USA should gain readership among historians of mining, unions, and energy transitions. The author and press deserve particular praise for the book’s numerous illustrations. Readers are rewarded with maps, graphs, photos, and a detailed chronology.”
—H-Net Reviews