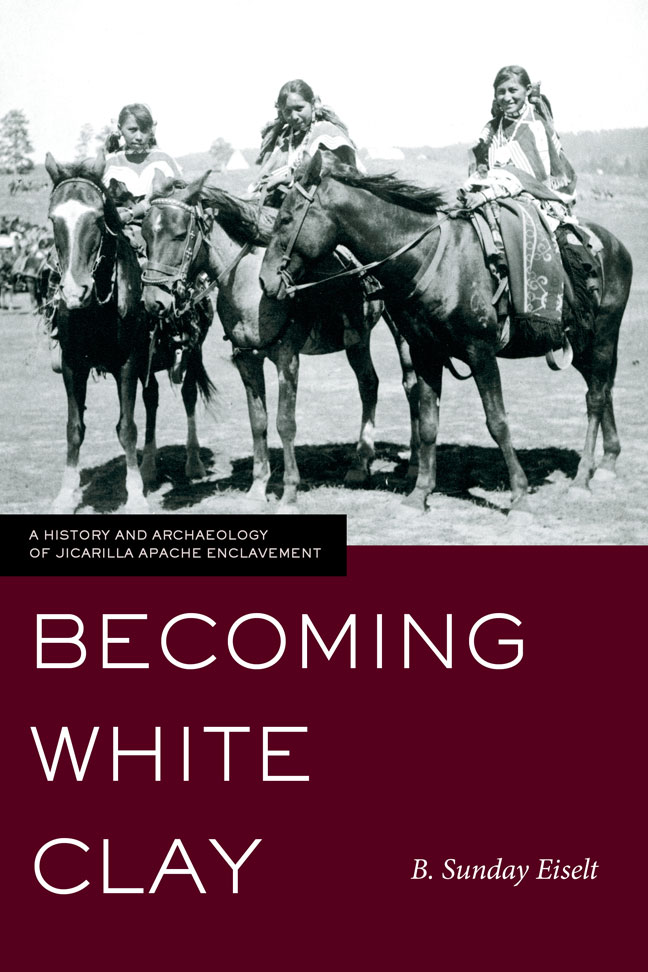 The story of one of the longest-lived and most successful nomadic enclaves in North America provides a rare glimpse into the material expressions of Apache self-determination and survival. For nearly 200 years the Jicarilla Apache of New Mexico thrived in the interstices of Pueblo and Spanish settlements following their expulsion from the Plains. Critical to their success was their ability to extend key aspects of Plains-Pueblo exchange to Indian and mixed-blood communities on the fringes of colonial rule. More than other nomadic tribes, the Jicarilla played an enormous role in holding together the social fabric of New Mexican villages after the fall of the Spanish Empire.

This comprehensive study by Sunday Eiselt begins with the great Athapaskan migration out of Canada during prehis-toric times and ends with the forced settlement of the Jicarilla on the Dulce reservation in the 1880s. Eiselt combines archaeological and ethno­historical data in an examination of Jicarilla strategies for self-preservation. She reveals the ideological and political imperatives of “­belonging” that shaped their interactions with local communities and the state and that enabled them to avoid reservation life well into the 1880s. Throughout their long history, Jicarilla identity remained intact, distinctive, and discernable even as life on the reservation disrupted the intimate connections that once existed with their Hispanic and Pueblo neighbors.

B. Sunday Eiselt is an assistant professor of anthropology at Southern Methodist University. She is author or coau-thor of books and articles on the Jicarilla and Hispanic societies of New Mexico, community-based and engaged approaches in archaeology, and ceramic source geochemistry.

“Sunday Eiselt has produced THE definitive work on Jicarilla Apache history and archaeology. She uses a strong theoretical approach to enclavement and combines history, archaeology, and ethnohistory to not only describe past Jicarilla movements and cultural development throughout the Southwest, but to explain how and why Jicarilla social organization at different scales structured that development during times of warfare, removal from traditional lands, and economic stress. Eiselt’s scholarship is second-to-none.”—Ronald H. Towner, University of Arizona

“Sunday Eiselt has provided the definitive reference on the history and archaeology of the Jicarilla Apache….  [The book’s] value as a resource for researchers cannot be overstated.”—KIVA