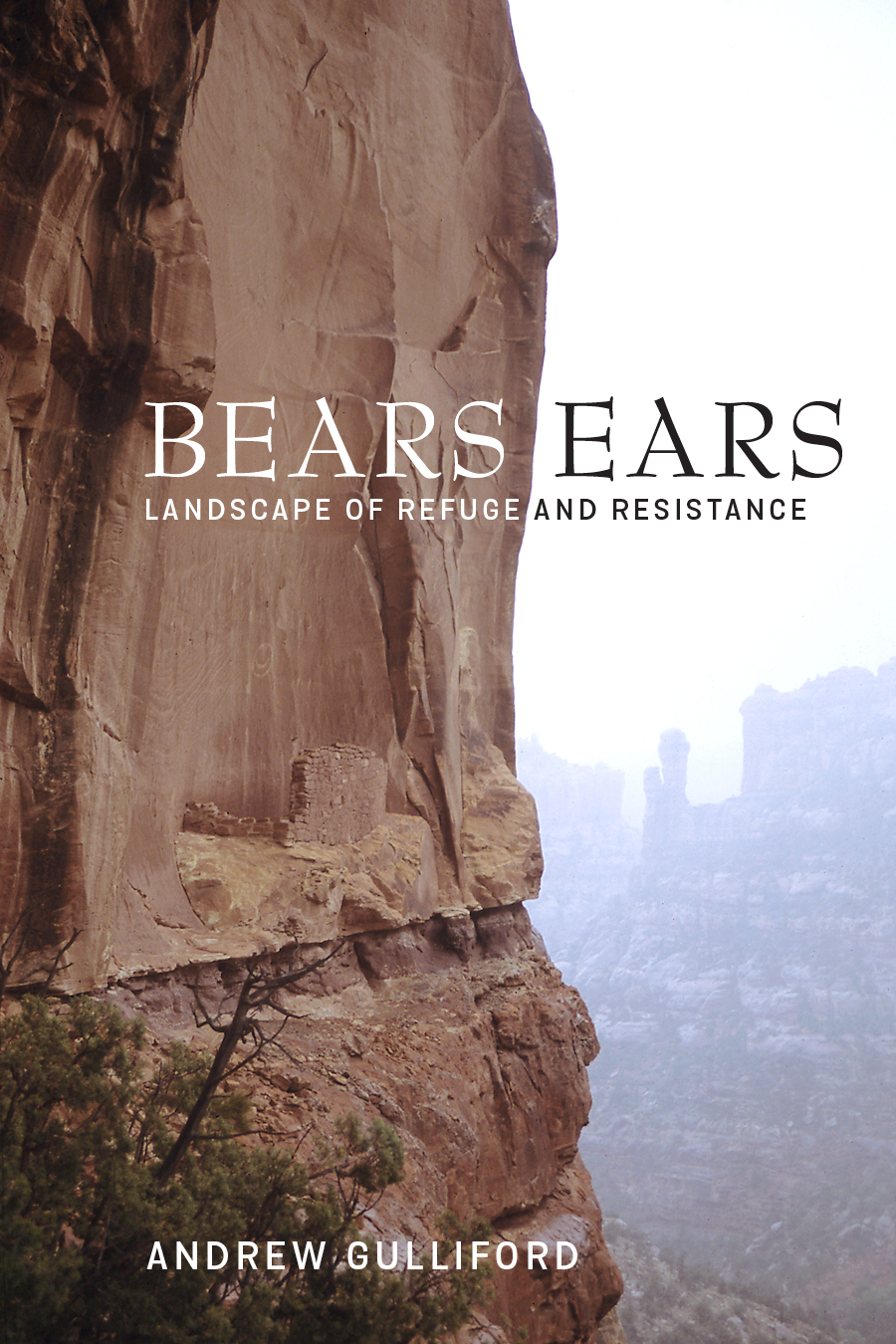 Designated in 2016 by President Obama and reduced to 85 percent of its original size one year later by President Trump, Bears Ears National Monument continues to be a flash point of conflict between ranchers, miners, environmental groups, states’ rights advocates, and Native American activists. In this volume, Andrew Gulliford synthesizes 11,000 years of the region’s history to illuminate what’s truly at stake in this conflict. The book distills this geography as a place of refuge and resistance for Native Americans who seek to preserve their ancestral homes, and for the descendants of Mormon families who arrived by wagon train in 1880.

Gulliford’s engaging narrative considers prehistoric Pueblo villages and cliff dwellings, Navajo and Ute history, impacts of the Atomic Age, uranium mining, and the pothunting and looting of Native graves that led to the passage of the Antiquities Act over a century ago. The book describes how the national monument came about and its deep significance to five Native tribes.

Bears Ears National Monument is a bellwether for public land issues in the American West. Its recognition will be a relevant topic for years to come.
Andrew Gulliford is professor of history at Fort Lewis College in Durango, Colorado. He is an award-winning author whose books include Boomtown Blues: Colorado Oil Shale; Sacred Objects and Sacred Places: Preserving Tribal Traditions; and The Woolly West: Colorado’s Hidden History of Sheepscapes.
Praise and Reviews:“The work is a significant contribution to a current controversy. It presents both (several, actually) sides of questions fairly, in my opinion. In the ongoing arguments over Bears Ears, Gulliford’s book will be a resource and a reference. It presents an excellent history of Bears Ears and surrounding southeastern Utah.”
—Steve Lekson, author of A Study of Southwestern Archaeology

“Andrew Gulliford’s long experience with the lands and people of Utah’s San Juan County is apparent in this fair-minded, richly informative historical account.He shows how the Bears Ears National Monument became such a charged public issue and what can be learned from the ongoing struggle to protect it.”
—John D. Leshy, author of Our Common Ground: A New History of America’s Public Lands