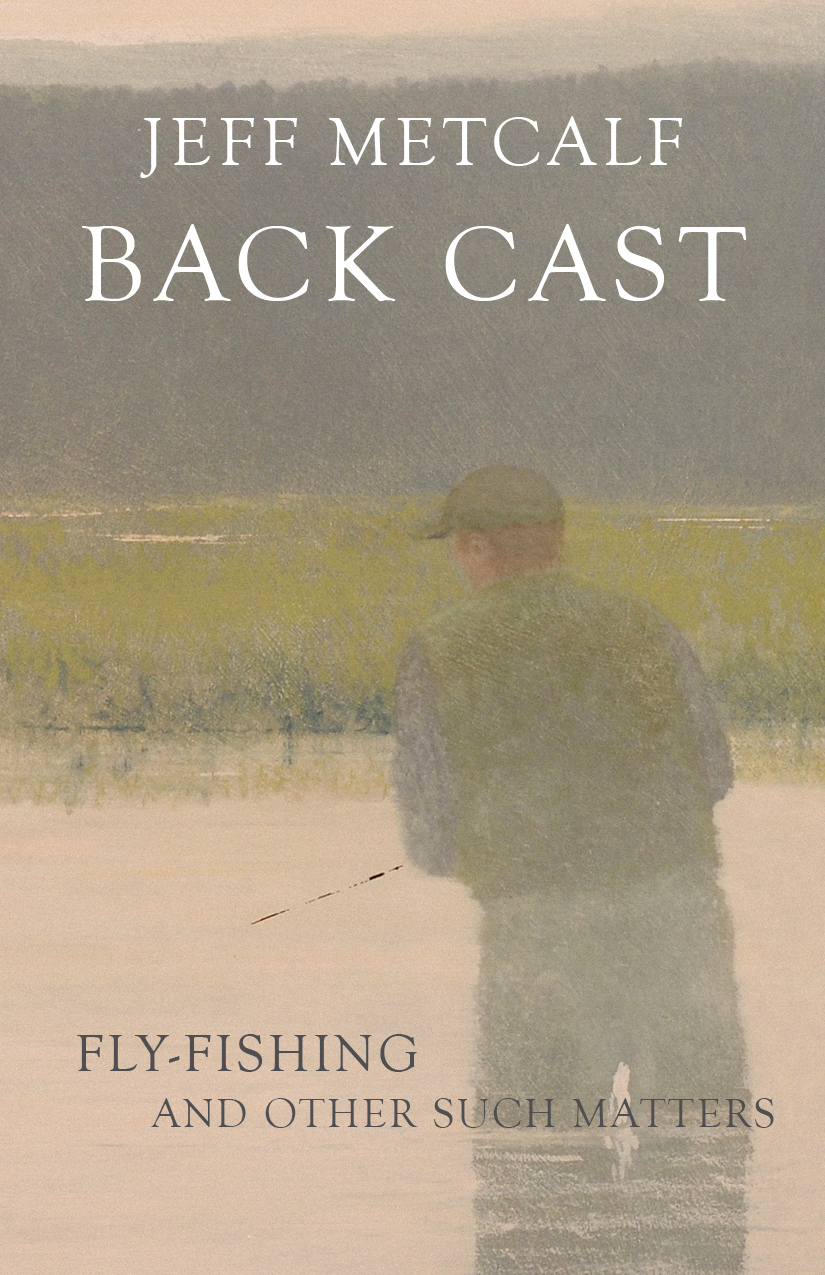 A storyteller and avid fly fisherman, Jeff Metcalf is, for compelling personal reasons, an enhanced observer of the human condition, who finds himself often in the streams of the American West. Not only rivers run through his essays, his cancer does too. But so do camaraderie, adventures, reveling in nature and outdoor devotions, and the sheer bliss of focused engagement with the fish and the cast. Metcalf’s keenly observed companions are river guides, small-town locals, academics, and other city folk, all like him among those who run to the river for solace and joy.

These essays are much more than fish stories; they reveal the community and communion of fishing and the bonds to place the author nurtured through it. Whether he recalls carousing and tale-swapping with friends or excellence found through the challenge of the cast, Metcalf’s words, sometimes roiling and turbulent, sometimes calm and reflective, like a western river, vividly convey the pull of the steelhead and the fight for survival. Whether or not you fish, Metcalf’s sharp-eyed, open and honest look at life will draw you in.

"These waters have been my home, and I fish them more than most. In truth, they have saved my life on more than a few occasions. I seek refuge in the quiet solitude of rivers, and in dark hours of my life—including this particular year—I need desperately to be fly-fishing." —From the book
Jeff Metcalf is a professor of English at the University of Utah and has been the recipient of numerous awards. His fiction and essays have appeared in local and national magazines and his most recent play, A Slight Discomfort, has been widely staged in both the United States and Europe. His first collection of essays, Requiem for the Living, was the winner of the 2012 Utah Division of Arts and Museums Original Writing Competition.
Table of Contents:
Bone Deep
The Reel
Hooked
Three Down
Addicted
A Near-Perfect Day
Cocktail
Mermaid
The Seam
Death Song
Split Second
The Streak
The Last Steelhead
The Way It Should Be
March Madness
River Guide
No Nonsense
Fish Finders
One Eye
River Justice
Dick Cheney, Dick
Rock, Paper, Scissors
The McAllister Supper Club
Over the Edge
Phantom
Truths and Real Lies
Urban Angling
Tenkara
El Gato and the Shadow
Shark
Lay Me Down
The Unspoken
Acknowledgments
Praise and Reviews:
“This collection of essays is ostensibly about fly-fishing, but like the best writing in this genre, it resonates far more broadly. The narrator comes to the river while dealing with major questions about his health [cancer]. The wry humor and evocative writing are set in contrapuntal fashion against reminders to live fully in the moment.”
—James Barilla, author of West With the Rise: Fly Fishing Across America
“These essays and sketches are wonderful. This collection is significant because it introduces the reader not only to fly-fishing fanatics, such as the author, but also to the mountain west fly-fishing culture of which they are a part.”
—Timothy R. Bywater, professor of English, Dixie State University, and coauthor of A Guide to Exploring Grand Teton National Park (with Linda Olson)