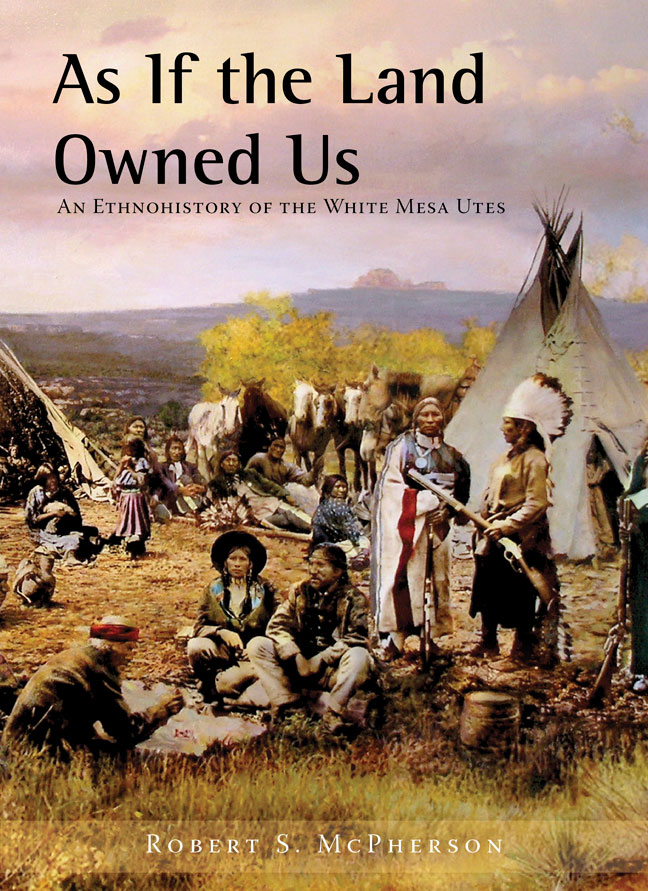 The Ute people of White Mesa have a long, colorful, but neglected history in the Four Corners region. Although they ranged into the Great Basin, Southwest, and parts of the Rocky Mountains as hunters, gatherers, and warriors, southeastern Utah was home. There they adapted culturally and physically to the austere environment while participating in many of the well-known events of their times.

In As If the Land Owned Us, Robert McPherson has gathered the wisdom of White Mesa elders as they imparted knowledge about their land—place names, uses, teachings, and historic events tied to specific sites—providing a fresh insight into the lives of these little-known people. While there have been few published studies about the Southern Utes, this ethnohistory is the first to mix cultural and historic events. The book illustrates the life and times of the White Mesa Utes as they faced multiple changes to their lifeways. It is time for their history to be told in their terms.

Robert S. McPherson is an associate professor at the College of Eastern Utah–San Juan Campus in Blanding, Utah, as well as an adjunct professor at the University of Utah. He is the author of a number of books on the history and cultures of the Four Corners region, including Comb Ridge and Its People: The Ethnohistory of a Rock, winner of the 2009 Utah Book Award for nonfiction.

2. “It Was as If the Land Owned Us”: Ties to the Land, Resources for the People

“McPherson’s ethnohistory of the White Mesa Ute people is exceptional. It is story and document, combining indigenous voices with non-Native accounts into a superbly crafted whole. It serves as a worthy model for any history—regional, ethnic, or otherwise—well fulfilling the author’s aim to provide a ‘bridge to contemporary generations’  for a long forgotten people, their places, and times.”—Catherine S. Fowler, University of Nevada, Reno

"An essential source on the White Mesa Ute Indians. Setting the tone for each chapter, a moving introductory quotation from a Ute speaker illustrates attitudes and beliefs of the people, and the author offers several personal descriptions of people and places. A remarkable number of photographs, archival and contemporary, complement the narrative."—Colorado Book Review