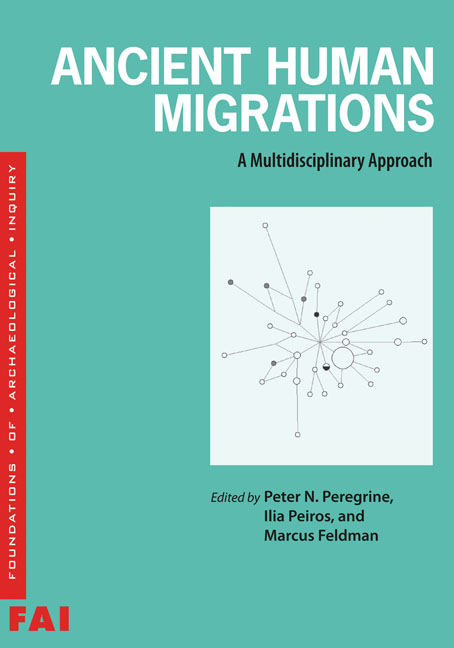 The study of human migration is integral to the understanding of essential features of human experience. Many ancient civilizations were created and modified through migrations, and migrations of later periods gave rise to the modern ethnic map of the world, affecting ideology, economy and politics. Historically, most human migration studies have taken a more specialized approach, often focusing on archaeology or linguistics. Ancient Human Migrations collects outstanding papers from internationally renowned scholars to clarify the need for multidisciplinary approaches to the topic of human migration.
This collection of papers, worldwide in scope, originated from a working conference at the Santa Fe Institute. Admixture is a common outcome of migration, and human populations are all amalgams of ancestors, neighbors, and others. As a result, the volume argues, no “pure” races, cultures, or languages can exist. The very original analyses and discussions presented here return the concept of migration to its rightful place among the known processes of human evolutionary change and variation.

Peter N. Peregrine is professor and chair of anthropology at Lawrence University, Appleton, Wisconsin. He is coeditor of the Encyclopedia of Prehistory and has authored or coauthored eleven books, five edited volumes, and over 100 articles, chapters, and reviews.

Ilia Peiros is a research associate at the Santa Fe Institute and an affiliate of the Department of Linguistics and Applied Linguistics at the University of Melbourne, Australia. He is a historical and comparative linguist.