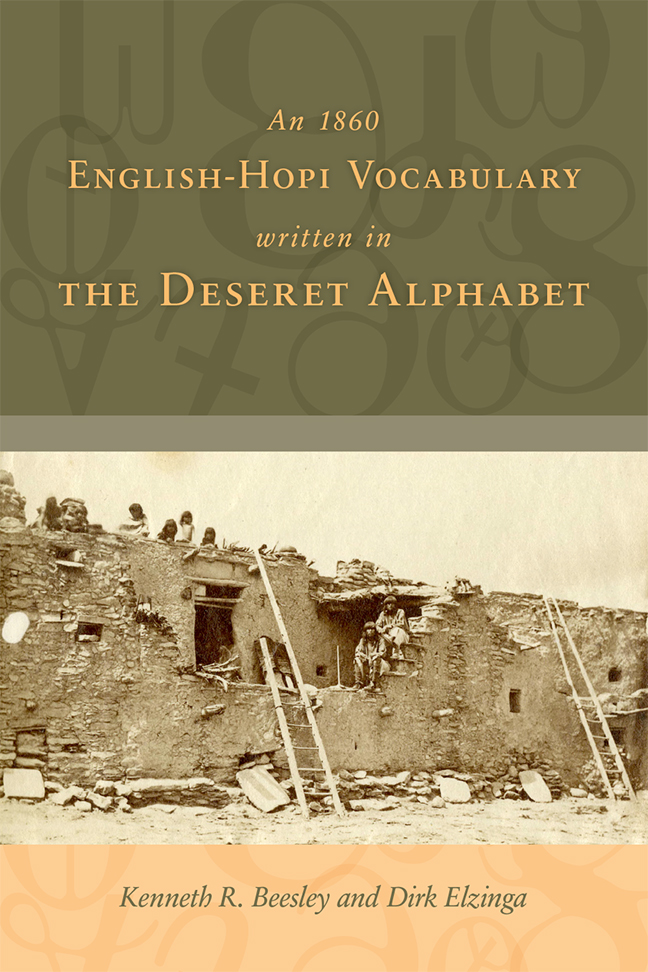 In 1859 Brigham Young sent two Mormon missionaries to live among the Hopi, “reduce their dialect to a written language,” and then teach it to the Hopi so that they would be able to read the Book of Mormon in their own tongue. Young instructed the men to teach the Hopi to write in the Deseret Alphabet, a phonemic system that he was promoting in place of the traditional Latin alphabet. While the Deseret Alphabet faded out of use in just over twenty years, the manuscript penned in Deseret by one of the missionaries has remained in existence. For decades it sat unidentified in the Archives of the Church of Jesus Christ of the Latter-day Saints in Salt Lake City
Kenneth R. Beesley is a computational linguist with thirty years of experience in Natural Language Processing.  He holds a D.Phil. in Epistemics from the University of Edinburgh and is currently a development architect in the Text Analysis group at SAP Labs.  He spends his spare time researching the Deseret Alphabet and other spelling reforms, Hopi history and language, and nineteenth-century pioneer trails in Utah and Arizona.

Dirk Elzinga is an associate professor in the Department of Linguistics and English Language at Brigham Young University. He also holds a PhD from The University of Arizona in Linguistics. His primary research interests are the documentation, description, and analysis of the Uto-Aztecan languages of the Great Basin and Colorado Plateau.
Praise and Reviews:
“This is a truly exciting mystery story. It is clearly written and easy to follow. While the book is technical when it has to be, the lay reader can still profit from its multifarious plot lines.”
—Mauricio J. Mixco, Emeritus Professor of Linguistics, University of Utah
“Useful and interesting to all those interested in Hopi language, Hopi culture, and Hopi history.”
—Peter Whiteley, American Museum of Natural History
“This small gem provides an intriguing glimpse into Hopi life and customs and adds new details on Mormon ministry in the Southwest.”
—The Journal of Arizona History
“An insightful and fascinating resource that presents substantial primary information supplemented and balanced by necessary and supported contextual information and visual aids. . . . The text is recommended reading for professors, students, and scholars in American History, Native American studies, religious studies, anthropology, and especially linguistics as well as related disciplines.”—New Mexico Historical Review
“The book is also an important case study of the Mormon interest in converting Native Americans because of a perceived historical and cultural connection to Native Americans. The authors’ aim is purely descriptive, and not analytical (in the sense of talking about the motivation for creating the Deseret Alphabet, or its form). Yet the book’s quality of description should provoke questions from readers about Mormon sociographemics, as well as sociographemics in general.”—Journal of Anthropological Research