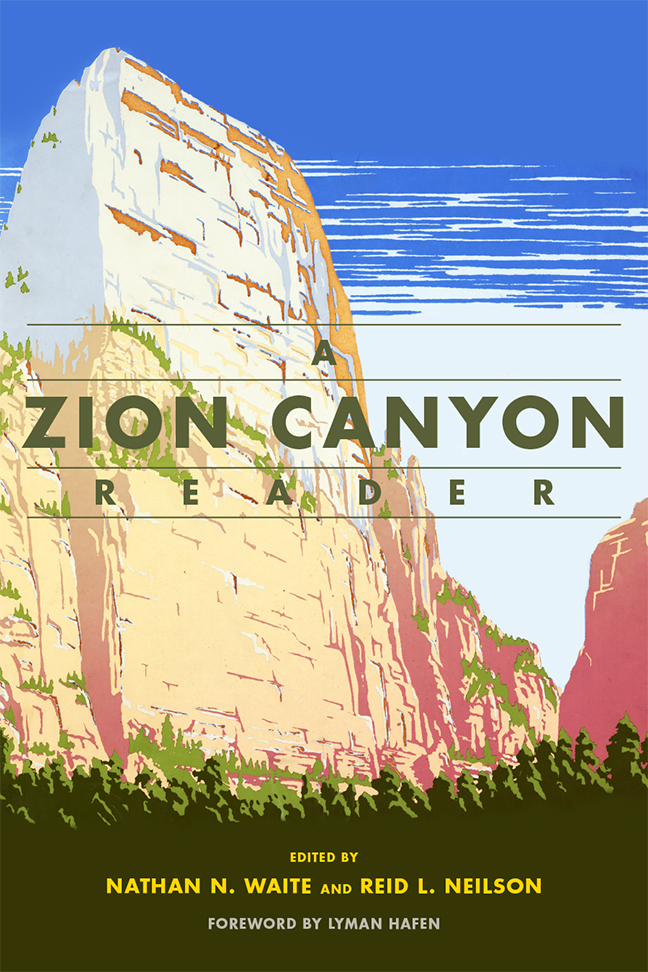 Zion National Park is one of the country’s most-visited and best-loved national parks. For the first time, lovers of the park have in one volume the best that has been written about the canyon. A Zion Canyon Reader is a collection of historical and literary accounts that presents diverse perspectives on Zion Canyon—and the surrounding southern Utah region—through the eyes of native inhabitants, pioneer settlers, boosters, explorers, artists, park rangers, developers, and spiritual seekers. Through the pages of this book, both the newest visitors to Zion and those who return to the park again and again will come to understand what this place has meant to different people over the centuries.

Among the works included are well-known historical accounts of exploration by John Wesley Powell, Clarence Dutton, and Everett Ruess. Writings by Edward Abbey, Wallace Stegner, Juanita Brooks, and others enlighten and excite in numerous memorable chapters. Here and there the book bears witness to conflicting viewpoints on controversies associated with the national park, especially development vs. preservation and locals vs. outsiders.

Lyman Hafen, author and executive director of the Zion Natural History Association, calls the book “the most comprehensive, insightful, and inspiring compilation of Zion writing ever assembled.” As readers learn about the plants, animals, geology, history, and people of Zion Canyon, they will discover unfamiliar corners of the park and see favorite hikes in a new light.
Nathan N. Waite works for the Joseph Smith Papers Project in Salt Lake City, Utah. He holds an MA in American studies and environmental humanities from the University of Utah Although he now resides in northern Utah, he still considers his native St. George his home. He and his wife, Michelle, regularly take their three kids to Zion National Park.

Reid L. Neilson is managing director of the Church History Department of the Church of Jesus Christ of Latter-day Saints. He is the award-winning author or editor of over twenty books, including Tales from the World Tour; Proclamation to the People: Nineteenth-Century Mormonism and the Pacific Basin Frontier (with Laurie Maffly-Kipp, University of Utah Press, 2010); and Early Mormon Missionary Activities in Japan, 1901–1924. He lives in Bountiful, Utah, with his wife, Shelly, and their three children.
Table of Contents:
List of Figures
Foreword by Lyman Hafen
Acknowledgments
Introduction: Imagining Zion, by Nathan N. Waite

Further Reading
Sources and Permissions
Praise and Reviews:
“There is not a collection of writings representing the human experience of and in Zion Canyon quite like this one.”
—Louise Excell, Professor Emeritus, Dixie State University
“I found it fascinating. The content has such a variety—water, flora and fauna, Native Americans, famous authors, trip journals, historical events such as the dedication, the Zion Tunnel, the building of the lodge, naming the mountains, rail access to the canyon and the Union Pacific facilities, geology, and the Zion Cable. Important authors are included and their pieces are significant.”
—Douglas Alder, professor of history, Dixie State University
“A Zion Canyon Reader is a lovely volume full of history, wonder, ecological insight, and nostalgia. The editors and writers have created a fun, vivid, and fascinating collection of works on a multifaceted and legendary place.”—Utah Historical Quarterly