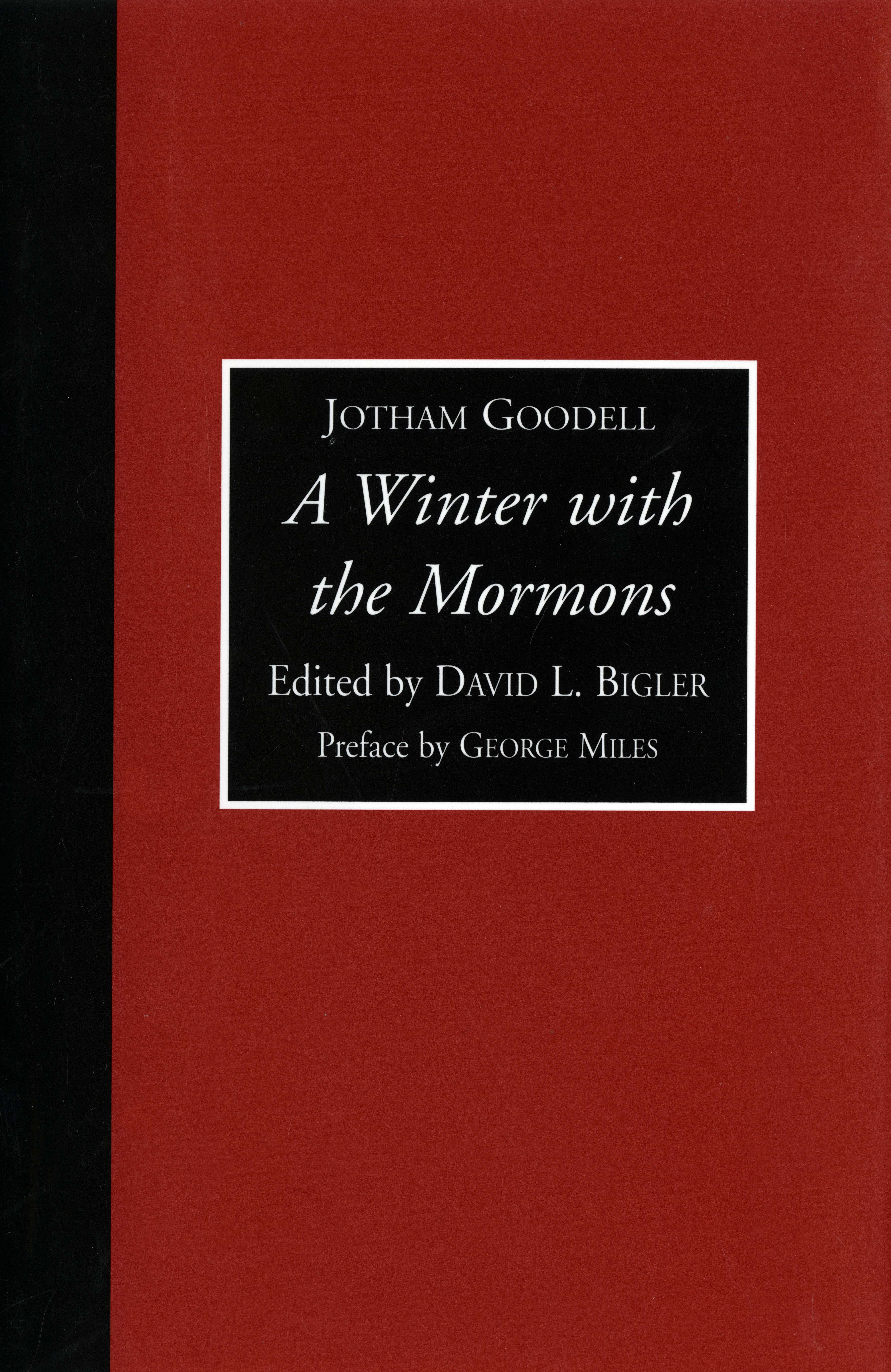 “With much regret we had been compelled to turn aside from our journey, and spend the winter among the Mormons,” Oregon overland emigrant Jotham Goodell recalled in 1852.  “Having been compelled to this decision, I resolved to pass the winter as quietly as possible.” Goodell’s winter with the Mormons turned out to be anything but peaceful.
As a Presbyterian minister, Goodell noted that “during the time of the great excitement” when mobs drove the Mormons from Nauvoo, he had publicly declared “that those measures were both impolitic and unjust, and that Jo Smith was truly a murdered man.”  During the first days of his stay in the Mormon settlements in the Salt Lake Basin in 1850, he thought, “surely this people cannot be as bad as represented.”
Goodell’s experience during the next six months, described in nine letters written to The Oregonian, convinced him otherwise.  By turns humorous, sympathetic, bitter, ironic, and stinging, Goodell’s letters open a new window on the dedicated frontier theocracy that believed it was destined to sweep to world dominion.  They also reflect the militant attitude of the young millennial movement toward the American republic during its transition form the provisional State of Deseret, an independent nation-state created by Brigham Young in 1849, to a territory of the United States with the unwanted name of Utah.
As these letters make clear, the Latter-day Saints’ belief that they would “reduce all nations and creeds to one political and religious standard” was a revolutionary task.
Prize-winning historian David L. Bigler tells Goodell’s story as a vivid chapter in Western history.  What emerges provides a new perspective on one of America’s most remarkable millennial movements and its inevitable conflict with the young republic in which it was born.

Preface author George Miles is Curator of the Yale Collection of Western Americana at the Beinecke Library.
David L. Bigler was born in the Great Basin in 1927 and is a veteran of World War II and the Korean War. He retired as director of public affairs for U.S. Steel in 1986 to pursue history full time. He holds an Honorary Doctor of Letters degree from Southern Utah University and is a fellow of the Utah State Historical Society, a charter member and first president of the Utah Westerners, and past president of the Oregon-California Trails Association. His seven books and many articles on early Utah, California, and western history have won awards from Westerners International, the Mormon History Association, and Western Writers of America.