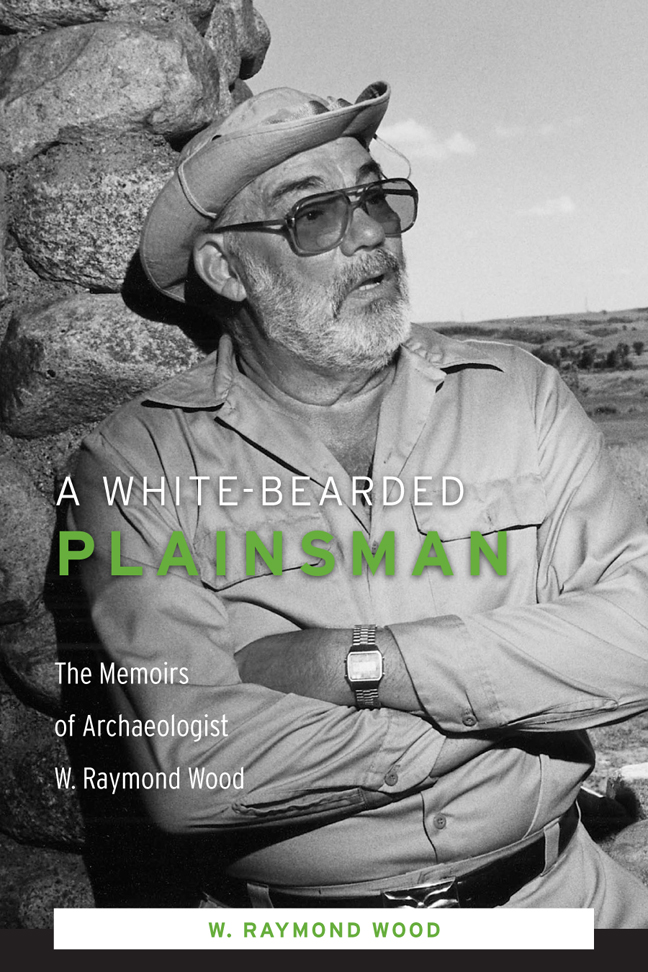 W. Raymond Wood played a leading role in the early days of Great Plains archaeology. In A White-Bearded Plainsman, he tells how his own career emerged, as the discipline of Plains archaeology developed during the post-World War II era. Readers will learn of the childhood influences that lead Wood to pursue the path of archaeologist, and of the events and people that shaped his professional life. In addition to telling Wood’s personal story, the book provides an intellectual history of the discipline of mid-continental archaeology over the last half century. It will thus be valuable to students and scholars in the field, as it describes how the paradigms in Plains and midwestern prehistory have changed over time. To understand the discipline, one must understand the cultural and intellectual underpinnings that shaped it. Wood’s book helps map for a new generation of archaeologists from whence they’ve come, and his role in the developments along the way.

W. Raymond Wood’s long career in Great Plains archaeology began in the 1950s. He is currently Professor Emeritus of Anthropology at the University of Missouri, Columbia.

“The reader is not only exposed to the emerging field of Plains archaeology, but also to Wood's excellent job of recounting how his own training was shaped by experiences and influences from archaeologists, historians, geographers, and ecologists.”—Mary J. Adair, University of Kansas

“As someone who lived through the ‘teenage’ years of Plains archaeology, Wood gives us a useful document of what the field was thinking, in that particular region, at that time.”—Robert L. Kelly, University of Wyoming

"Ray's memoir ... shows him to be a fine writer and terrific storyteller. Anyone interested in the history of American archaeology should read this memoir."—Great Plains Research

"This book is an excellent read for archaeologists, historians, ethnohistorians, and general enthusiasts of the Great Plains. It provides a clear chronicle of a man who dedicated his considerable intellect, curiosity, energy, and talent to understanding the prehistory and history of the indigenous peoples of the plains."—Kansas History

"Engagingly written.... The book demonstrates Wood's eclectic nature, expertise in scientific research, and skill as a raconteur on paper as well as orally around the campfire.... A case study for those intrigued by how individuals anticipate, prepare for, and pursue their careers."—The Annals of Iowa

"In reading A White-Bearded Plainsman closely, it becomes inconceivable to imagine where Plains archeology would be today without Ray Wood.... The book is a delight to read and, in effect, it is a history of modern Plains archeology as seen through the keen eyes of a scholar with a deep passion for the past and its study."—Nebraska History