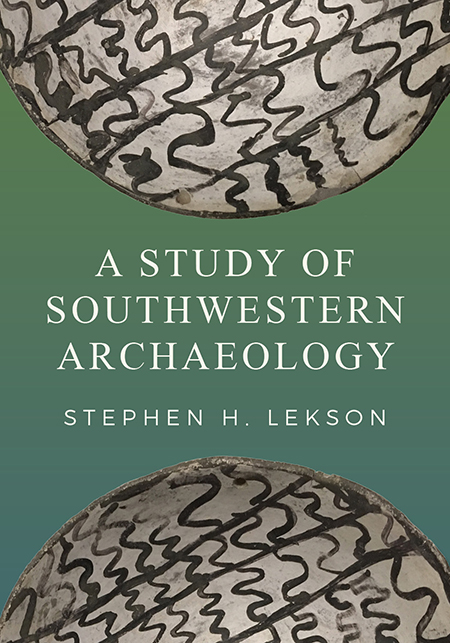 In this volume Steve Lekson argues that, for over a century, southwestern archaeology got the history of the ancient Southwest wrong. Instead, he advocates an entirely new approach—one that separates archaeological thought in the Southwest from its anthropological home and moves to more historical ways of thinking.
Focusing on the enigmatic monumental center at Chaco Canyon, the book provides a historical analysis of how Southwest archaeology confined itself, how it can break out of those confines, and how it can proceed into the future. Lekson suggests that much of what we believe about the ancient Southwest should be radically revised. Looking past old preconceptions brings a different Chaco Canyon into view: more than an eleventh-century Pueblo ritual center, Chaco was a political capital with nobles and commoners, a regional economy, and deep connections to Mesoamerica. By getting the history right, a very different science of the ancient Southwest becomes possible and archaeology can be reinvented as a very different discipline.

Notes for A Study of Southwestern Archaeology

Stephen H. Lekson is curator of archaeology and professor of anthropology at the Museum of Natural History, University of Colorado, Boulder. He has directed more than twenty archaeological projects throughout the Southwest and has published widely. His most recent books include A History of the Ancient Southwest and Chaco Meridian.
Table of Contents:
Acknowledgments
Preface
Plan of the Last Book
“What Do You Want Us to Do?”
Choking on Chaco
A Study of Southwestern Archaeology
Notes on Terms
Apparatuses, Albatrosses, Aphorisms

1. Chaco in the Twentieth Century
In the Beginning, All the World Was America
Glass Ceilings and Iron Curtains
¿Qué es Pueblo?
Pueblo Mystique, Pueblo Style
Hippies and Hopis
The Tyranny of Ethnology
Surveys of Chaco Canyon
Scientism
Law-like Statements: Land Claims and NAGPRA
Ritual über Alles
Getting the Southwest Wrong: Chaco in Pueblo Space
2. Chaco in the Twenty-First Century
Nouveau Chaco
Chaco, from Clinton to Bush to Obama, 2000–2015
Light-Bending Gravity of Pueblo Space versus Mind- Bending Anomaly of Chaco
Bombs Away
The Mystery of Chaco Canyon
3. A History of the Ancient Southwest
Ten Fun Facts about Chaco
What Was Chaco, Really?
Chaco beyond Pueblo Space: Solving the Mystery
4. A Science of the Ancient Southwest
Scale: They Needed Government
Diffusion: They Had Models for Government
States: They Applied Those Models
Cities: They Built a Capital
Cycles: They Collapsed
The Science of Secondary City-States
5. An Appraisal of the Ancient Southwest
Heritage, History, Science . . . and Anthropology
Whose Heritage?
Whose History?
Whose Science?
Who Is Our Audience?
6. A Future for the Ancient Southwest
Theories of Everything
Methods in the Madness
Getting Our Swagger Back
7. The End
Here’s What I Want You to Do
The Good
The Bad
The Ugly
And So, Farewell . . .

Appendix: Indigenous Chaco
Notes
References
Index
Praise and Reviews:
"Irreverent, funny, unique, and insightful. You can’t read this book and think about Southwestern (or any other) archaeology in the same way. Lekson claims this is his last book; let’s hope he is, once again, just kidding."—Robert L. Kelly, professor of anthropology, University of Wyoming, and author of The Fifth Beginning: What Six Million Years of Human History Can Tell Us about Our Future

“This is an important book, quite unlike any other in Southwest archaeology. Its singularity stems firstly from its blunt and irreverent honesty regarding issues—both intellectual and ethical—that most scholars only handle with kid gloves, if at all. The book will have a vigorous life as fodder for heated debate in graduate seminars and conference sessions. It is a brave and thoughtful (and deeply iconoclastic) volume.”
—Severin Fowles, chair, Department of Anthropology, Barnard College, and author of An Archaeology of Doings: Secularism and the Study of Pueblo Religion

"What does Steve Lekson want?—nothing less than to 'reinvent a North American pre-history that is fundamentally historical'! And for that one great, Sisyphean desire, made in the face of intractable academic resistance, Lekson deserves—demands—your attention, and my infinite praise. This is quite possibly his most compelling and exciting call to scientific and historical arms to date, with more Leksonian turns of phrase than anthropologists at a solipsist convention."
—Timothy R. Pauketat, professor, Anthropology and Medieval Studies, University of Illinois
"This is the rare book that is both academically rigorous and, thanks to Lekson’s witty and sarcastic tone, quite fun to read. This book pushes us to think about the southwestern past in ways and at spatial scales that we’ve too long shied away from. I look forward to the new directions and debate that this book will undoubtedly generate."
—Matt Peeples, assistant professor, School of Human Evolution & Social Change, and Research Director, Institute for Social Science Research, Arizona State University
“Nobody can deny that Lekson has forced a re-examination of the Chaco culture that continues to gain traction as he presses his often controversial views. Written with wit and humor, A Study of Southwestern Archaeology is both a major challenge to a perplexing archaeological problem and a delight to read.”
—American Archaeology
“A Study of Southwestern Archaeology has much to offer, with implications far beyond just the archaeology of the US Southwest.”
—Journal of Anthropological Research