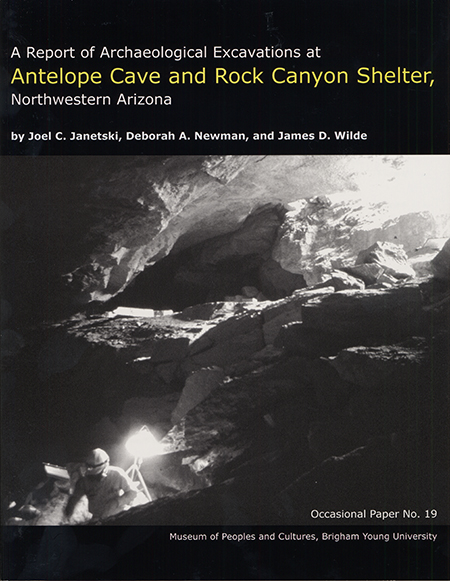 The Arizona Strip of northwestern Arizona lies on the western frontier of the Ancestral Puebloan world, a region whose pre-European history remains poorly known. This volume reports on modest testing of two dry stratified sites on the Strip: Antelope Cave and Rock Canyon Shelter. The testing was done in the 1980s by Brigham Young University under contract with the BLM. In addition to detailed descriptions of the materials recovered during the testing at each site, the volume includes the material recovered by Robert Euler from Antelope Cave in the 1950s. The testing documents late Archaic use of both sites. In addition, the report contains analysis results on the massive macrobotanical remains by Deborah Newman and Gloria Judges Edwards as well as a chapter detailing Puebloan sandal constructions by David Yoder.
Table of Contents:
List of Figures
List of Tables
Acknowledgements