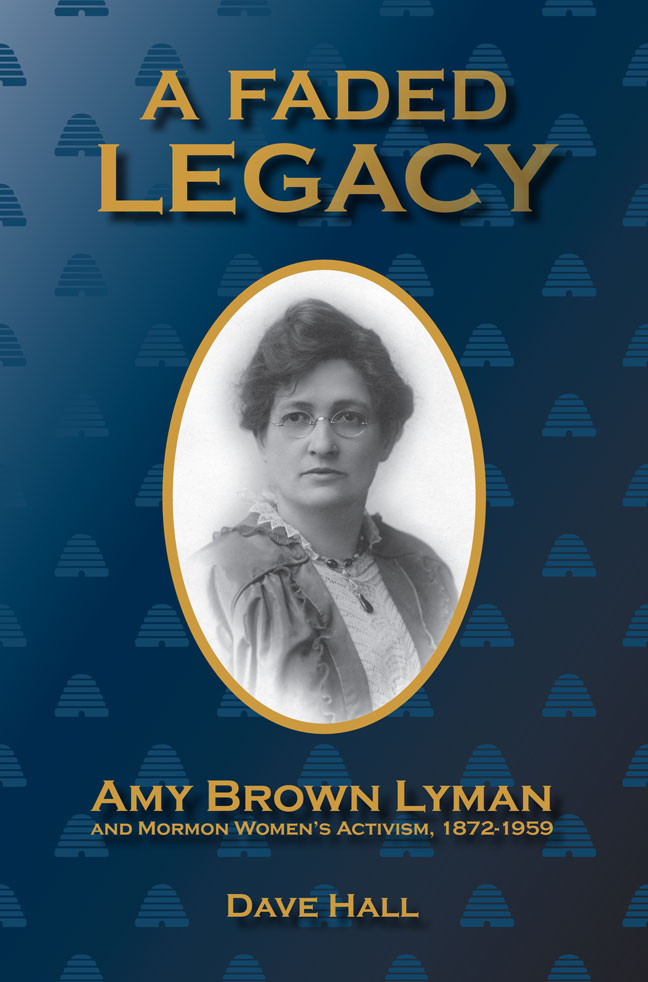 To her contemporaries Amy Brown Lyman was a leader, admired for her dynamic personality, her inspiring public addresses, and especially for her remarkable vision of what Mormon women in the Relief Society could achieve. Yet today her name is barely known. This volume brings her work to light, showing how the accomplishments of Lyman and her peers benefitted their own and subsequent generations.

Placing Lyman’s story within a local and national context, award-winning author Dave Hall examines the roots and trajectory of Mormon women’s activism. Born into a polygamist family, Lyman entered the larger sphere of public life at the time when the practice of polygamy was ending and Mormonism had begun assimilating mainstream trends. The book follows her life as she prepared for a career, married, and sought meaning in a rapidly changing society. It recounts her involvement in the Relief Society, the Mormon women’s charity group that she led for many years and sought to transform into a force for social welfare, and it considers the influence of her connections with national and international women’s organizations. The final period of Lyman’s life, in which she resigned from the Relief Society amidst personal tragedy, offers insight into the reasons Mormon women abandoned their activist heritage for a more conservative role, a stance that is again evolving.

1. A Mormon Girlhood
2. Wider Worlds
3. Reinventing the Relief Society
4. A Revolution in Church Charity
5. Saving Mothers and Children
6. Trying to Hold on during the Great Depression
7. Mission Interlude
8. A Presidency Pushing against New Limits
9. A Faded Legacy

List of Abbreviations
Notes
Bibliography
Praise and Reviews:
“The book is particularly valuable in its exploration of the tensions between the Mormon experience and the tendency of Victorian America requiring women to strike a balance between home and the wider world. Scholars and general readers, will find much of value in this study.”
—John Sillito, Professor Emeritus of Libraries, Weber State University

“We need this book. There has been so much talk for so long about how scholars need to look at Mormonism in the twentieth century. Hall gets down in the trenches and actually does this—and does this well. It’s very strong work.”
—Susanna Morrill, associate professor of religious studies, Lewis and Clark University

“An important and compelling biography.... The craft with which Hall weaves disparate resources into Lyman’s world clearly places her within the history of the American West and shows readers how she both influenced and was influenced by her time and place in the world.”
—Association for Mormon Letters

“The story of Amy Brown Lyman...is not just a Mormon or a Utah or a woman’s story—it’s a very human one—and one deftly told by the author, Dave Hall, who has studied Lyman’s life extensively.”
—Bench Press

“While members of the LDS faithful will find much to enjoy in this biographical account, those outside of the LDS church will be equally intrigued by the questions arising from what happens when a woman’s accomplishments are overshadowed by a husband’s indiscretions. … A Faded Legacy is a fascinating case study of a woman who navigated several spheres with intermittent peace and frequent turbulence, and it is a solid text for any gender studies curriculum.”
–Utah Historical Quarterly

“The book is informative and well researched.”
—Mormon Studies Review